Coffee Shops and ATMs May Be Ideal Locations for Lifesaving AEDs 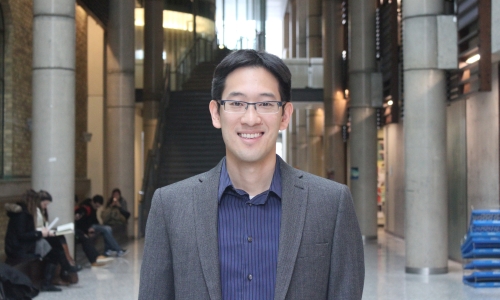 An automated external defibrillator (AED) is a computerized medical device that can check a person’s heart rhythm and recognize a rhythm that requires a shock and advise the rescuer when a shock is needed. The AED uses voice prompts, lights and text messages to tell the rescuer the steps to take.

Placement of AEDs in communities is an ongoing effort to provide access to these lifesaving devices to bystanders, so they can help people who suffer an out-of-hospital cardiac arrest.

To determine where best to place AEDs in the community, researchers studied different businesses and municipal locations in Toronto, Canada. They ranked the businesses and other locations according to how many cardiac arrests occurred within 100 meters of the locations, and when they were open.

“We found that coffee shops and ATMs ranked highly across several related metrics, and that those rankings were stable over the years,” said Timothy C.Y. Chan, Ph.D., study author and Canada Research Chair in Novel Optimization and Analytics in Health, University of Toronto in Canada.

“What this means is that health organizations, foundations and policymakers aiming to develop public access defibrillator programs could use our rankings to identify promising businesses to develop partnerships with for AED deployment,” Chan said. “Ultimately, we want to get AEDs in the right locations, so they are accessible when needed most.”