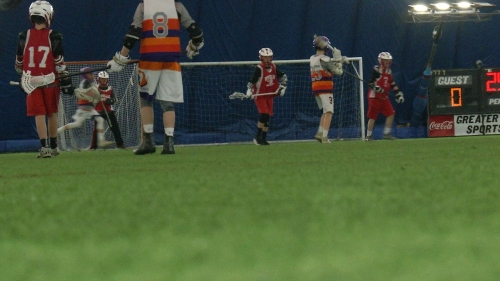 BINGHAMTON, N.Y. – The Greater Binghamton Sports Complex hosted the 11th Annual Southern Tier Shootout in memory of John Mack, who passed away in November of 2006.

The John Mack Tournament has become the largest indoor lacrosse contest in the country. John was a 17-year old who attended Binghamton High School. On November 30, 2006, John’s life tragically ended during a club lacrosse game, when he collapsed in cardiac arrest after a stick check to his chest.

It took 19 minutes to get a defibrillator on scene and restart John’s heart. By then it was too late, and although he was put on life support, John was taken off it three days later and became an organ donor.

The John Mack Foundation is dedicated to supporting and preventing sudden cardiac deaths similar to John’s. The foundation has also provided over 100 Automated External Defibrillators (AEDs) to local Lacrosse Clubs and non-profit organizations.

In John’s memory, the organization has been able to save many lives.

“We know of three lives that have been saved with just our AEDs. You know, February is heart month, heart disease is still the second leading cause of death in America and AEDs can really make a difference if they’re close by and people know how to use them and aren’t afraid to use them,” said Robert Mack, Tournament Director.

There are many local high schools competing in the John Mack Southern Tier Shootout.